Since forming in 2008 with Tim Napier-Munn as Director the DSS has been active in the study of neglected southern sky pairs, with a number of results papers published in both the US based Journal of Double Star Observations, and the UK based Webb Society Double Star Section Circular.

Subsequently Graeme Jenkinson became DSS Director, and work has continued on neglected southern pairs. Using both the 150mm refractor telescope and 400mm Newtonian reflector of Bluestar Observatory, a considerable quantity of raw data has been accumulated over time. Due to the effort involved in analysing and publishing the results, from 2018 fellow AAQ members Peter Culshaw, Diane Hughes, John Hughes (data reduction) and Des Janke (raw image processing) joined the project, and have made a huge difference in the speed at which results reach publication. Since 2008 three new pairs (AAQ1, AAQ2 & AAQ3) have been discovered and named as per tradition. Hopefully we will be increasing that number in the near future!! 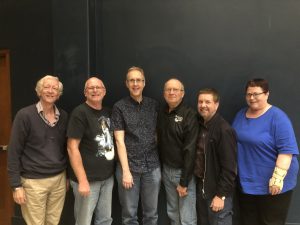