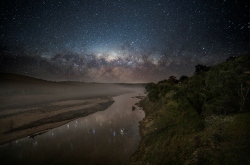 History of the Award

The Council then proceeded to frame conditions of the Award to emphasise the aspects of initiative, imagination and originality relating to an astronomical project to be designed, executed and submitted by Associate Members of the Association for the Award.  Council decided that the Award should be held once annually, and that a prize of £100 be awarded to the best entry.  Where joint submissions by more than one project-author were successful, the Award was then to be shared in equal proportion.

The conditions drawn up by the Council at that time emphasised that a project for the Award should relate to practical aspects of astronomy in the field of observation or other areas of astronomical involvement demonstrating personal initiative and imagination on the part of the Associate Member.

The Award was conducted by the Association on a yearly basis, and entries closed at 7.30pm of the October monthly meeting of eth Association.  Announcement s concerning the Award were made from time to time during the year.

In 2011, the then President, Jonathan Bradshaw, noted that the award had fallen into obscurity, partly because of the reduction in distinction between Associate and Full membership of the Association, and partly due to a reduction in applications on the previous years.  Council felt that it might be timely to “refresh” the Award, and subsequently agreed that the Malcolm McCallum award may be awarded by Council at any time it sees fit, and is given to an associate member under the age of 30 who, in the opinion of Council, has made significant contribution to the wellbeing of the AAQ or to the science of astronomy whilst a member of the AAQ.