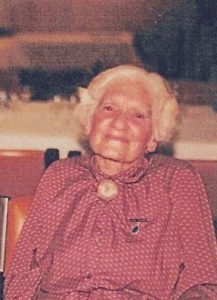 The Kitty Kent Award is a special award presented by the Astronomical Association of Queensland to one of its members to recognise outstanding service given by that member to the AAQ and its members.  It is a memorial to the late Mrs Kitty Kent who served the ASQ and later, when it was formed, the AAQ in many roles from 1947 until shortly before her death in 1989.

It is presented no more frequently than annually and is funded from the General Fund of the Association.  It was established by the AAQ Council shortly after Mrs Kent’s death in February 1989.  The first recipient at the Annual General Meeting in March 1989 was Paul Lapalud.

In 1990, the Award was presented to Charlie Smith and Susan Niven.  The recipient for 1991 was Joyce Smith.  In 1992 the ongoing work of Charlie Smith and Susen Smith was acknowledged with a further award.  Charlie and Susan accepted the second certificate, but donated the cash value of the award to the Association’s Resources Fund.

The form of the award has been a book or open order for books of the recipient’s choice to the value of about $60.  A suitably inscribed certificate, with details of the Award, the recipient’s name and carrying the President’s signature is also presented.

Katherine (Kitty) Kent was a remarkable lady who drove ambulances in the western desert in WWI. One of her favourite pastimes was golf.

She had joined the ASQ in 1947 when they had a stand at the Brisbane exhibition and was a strong supporter of any ASQ event driving there in her own car. She had built a 4 inch reflector at ATM classes and in later years had a 3.5 inch field model Questar. With these she was engaged in variable star observations.

She worked tirelessly for the ASQ and today her legacy is The Kitty Kent Award.