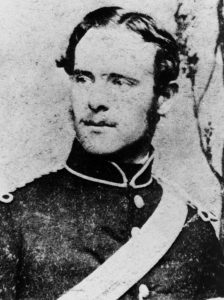 As previously stated, Stanley had a career in the Queensland Government, finally rising to Colonial Architect, but resigned in 1881 to concentrate on his hugely successful private architectural practice. He became the first President of the Queensland Institute of Architects in 1888.

He was hard hit by the recession of the early 1890’s and was forced into liquidation in 1895. The contents of his house, and the telescope were put up for sale by the liquidators and auctioned on 30th April 1896. Stanley was able to retain the house itself and that year re-joined the Queensland Public Works Department as a temporary inspector (Inspector of Works).

It was in these duties that he caught a chill and three weeks later died of pneumonia at his home ‘Ardencraig’ on 26th May 1897. His widow died in 1921.