Arthur was born on August 3rd, 1922 in Yokohama, Japan to Anton & Elena Pappadopoulos. The grandson of noted Russian astronomer Professor Artemic Robertovich Orbinsky of the Pulkova and Odessa Observatories, Arthur was destined for the stars. Arthur settled in Australia in 1941, and the following year joined the army. After the war Arthur studied Physiotherapy and began work at the Commonwealth Rehabilitation Centre on Swan Road, Taringa.

During that time, Arthur joined the army reserve in 1950 and retired with the rank of Colonel in 1972. Arthur and second wife Berenice, built an observatory at their residence in Chermside and both collaborated with the CSIRO Division of Radiophysics flare star program. The Berenice Page Award for Excellence in Amateur Astronomy, bequeathed after her sudden death in 1970, was inaugurated by the ASA in 1972.

In 1971, Arthur married Aileen and in that same year he moved his observatory to Mt Tamborine. The observatory was officially opened in 1973 by the then Chief of the CSIRO Division of Radiophysics, Paul Wild. The opening was attended by visitors to the 54th Symposium of the IAU held on the Gold Coast. In 1978, the telescope was upgraded to a 12” f15 Dall-Kirkham Cassegrain coupled with a photoelectric device which steered Arthur’s research program on a new path. Arthur retired as Senior Physiotherapist in 1983 but remained very active in the astronomical arena taking up an honorary chair in the Physics Department at UQ in 1987.

Arthur was a founding member of the Astronomers’ Association of Queensland (AAQ) and was its first President in 1969. In 1993, Arthur donated his equipment to the UQ Physics Department and through their collaboration with USQ, the Mt Tamborine observatory was dismantled and the mount was moved to Mt Kent and re-housed with a 16” Cassegrain telescope in a new fibreglass dome.

Arthur published a book in 2008 entitled “Between Victor and Vanquished” covering his time as an Australian interrogator in World War II and a copy is held in the AAQ library.

I met Arthur as a teenager in 1976 at my first AAQ meeting and was somewhat in awe of his achievements, but considered that he would have no interest in what I did. This proved far from the truth and my association with Arthur, his family, Mt Tamborine Observatory and like-minded members of the AAQ (Joe Cali, Peter Mitropoulos and Lindsay Ball) cemented an enduring friendship.

In 1992, as President of the AAQ I had the great pleasure of awarding Arthur with an Honorary Membership of the AAQ.

Arthur was known to many past and present members of the AAQ and many in the wider astronomical community. While his attendance at meetings had waned, his enthusiasm for astronomy had not. Arthur’s contribution to astronomy earned him membership of the International Astronomical Union (IAU) in 1985 and at that stage, he was the first Australian non-professional astronomer to be admitted to the organization. He also became a member of the Astronomical Association of Australia (ASA) and later in life reached Honorary Fellow status. He was also recognized for his achievements by the University of Queensland with an Honorary Doctorate of Philosophy (Science) in 1994.

The ASA awards the Berenice and Arthur Page Medal for excellence in amateur astronomy in Australia and its territories. It is normally awarded every two years for scientific contributions by an amateur astronomer that has served to advance astronomy.  The Berenice and Arthur Page Medal is presented at the biennial National Australian Convention of Amateur Astronomers (NACAA) by a representative of the ASA Council. The winner also receives free Honorary Associate membership of the ASA.

The award is specifically for scientific contributions that have served to advance astronomy. While the amateur astronomical community benefits greatly from members’ organisational services, their popularisation of astronomy and their proficiency in established astronomical techniques, these qualities are not relevant to the award’s criteria.

The Astronomical Association of Queensland mark the importance of his contribution to both the Association and amateur astronomy in general by holding the Arthur Page Memorial Lecture each May, which is given by an invited speaker.

Arthur Page passed away in the early hours of Tuesday morning 1st February, 2011. 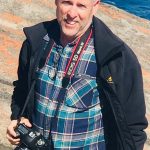 Greg Bond
Greg Bond is a long time member of the AAQ and gifted astrophotographer.