Roy Axelsen and Tim Napier-Munn have published a paper on the δ Scuti star ZZ Microscopii in the JAAVSO. 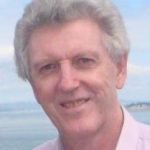 Roy Andrew Axelsen
Roy Axelsen is Section Director of the Variable Stars Section of the AAQ and won the Page Medal in 2016.